Brands are the networks, the sails, aloft, nos paus de varar, the rudders, in bartidoiros, in boireis, nas spoken, knives in Cork, the tables, the chairs, All objects belonging to it, or water, on the beach or at home. A mark on an object equals the property register. The poveiro read these marks with the same ease with which we proceeded to the alphabet reading.

They are not arranged marks the whim of each, but before symbolism or coats of arms of families, Become an inheritance from parents to children and that only the heirs can use.

Let's look, now, the ingenious way this brand serves writing to all members of a family, with full knowledge of the whole community. The head of the family uses your brand (or coat); the eldest son puts him alongside a pike; the other following, two sinks; the other three pikes and so on until the youngest child, who returns to use family brand, why, for The poveiro, It is the rightful heir. Brands are so, let say, the family crests.

But they serve other purposes. For example, The poveiro, to marry, recorded its mark on the table Matrix sacristy, recording it with the knife which was his to catch the cork networks. Another case is that of illiterate vendeiros to serve brands to know who was spun account, painting the brand of the debtor. And it was customary THE Poveiros signaling their passage through a site with the brand. In monasteries and chapels which would fulfill a promise, especially when it was made in collective name, i.e, da companha, recorded on the doors of temples, nas mesas das sacristias, wood in moldings, the arches cruises, your brand, thus served as a testimony to the flock of fulfilling its promise, which attests to the great faith of this community in the saints invoked. Finally, say that also the old Poveiros illiterate, instead of signing a cross in public documents, made its mark, it was the equivalent of signature. 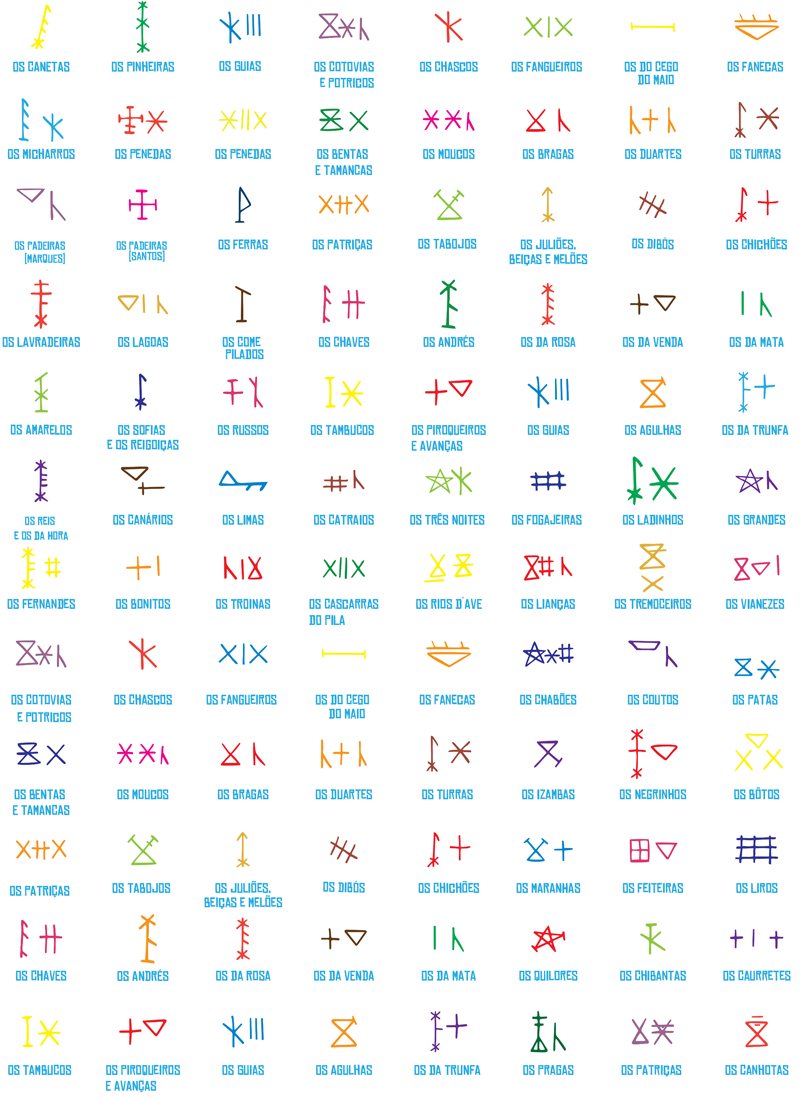