WHY IS PUBLIC THIS BOOK ?

In 1901, O Poveiro illustrious and eminent publicist Rocha Peixoto, of blessed memory, He made in the Commercial Association of Povoa de Varzim a conference. As it is claimed, citing dates, that in our country only too late is that clustered classes, starting up the associative movement with the brotherhoods invocations of patron saints of these classes, did not seem to me that this statement was right for what he knew of Poveira fishing class, living grouped and community since time immemorial.

One day appeared to me Rocha Peixoto with Captain Fonseca Cardoso, very distinguished anthropologist. I wanted to make the anthropological study d’ The poveiro and lacked the specimens, which indicated. There is arranged and made up the study. I continued to gather my notes intended exclusively for the eminent Rocha Peixoto, but, unfortunately, he did not can see. Its formidable activity exhausted him, giving him death. I packed the notes on The poveiro and I never thought of them.

A dozen years later, He appeared in Povoa my dear friend and eminent philosopher Leonardo Coimbra. It spoke of Poveiros and and I showed him the notes. I wanted to publish one, I did reluctantly. Via, however, with regret that the uses, customs and traditions d’ The poveiro They were disappearing, without which nothing would remain to register them as a documentary for the study of the peoples of this part of the Portuguese seaside.

In 1915, The arose Folk-Lore Varzino the journalist Candido Landolt. Taking the legislation and the songbook, two good records, the rest is wrong, deturpado. Then paying tribute to the good intentions of the late journalist, which was not Poveiro is, therefore, easy to be fooled, soon came to the stockade to criticize this book in the local newspaper The Trade of Povoa de Varzim. But some friends and Poveiros dedicated reminded me that the newspaper disappeared and the book was, whichever error. I well. I stopped with Articles, I coordinated my notes and leaves them this book “The poveiro“. Him, highlights, if nothing else, my fondness for the class that down. 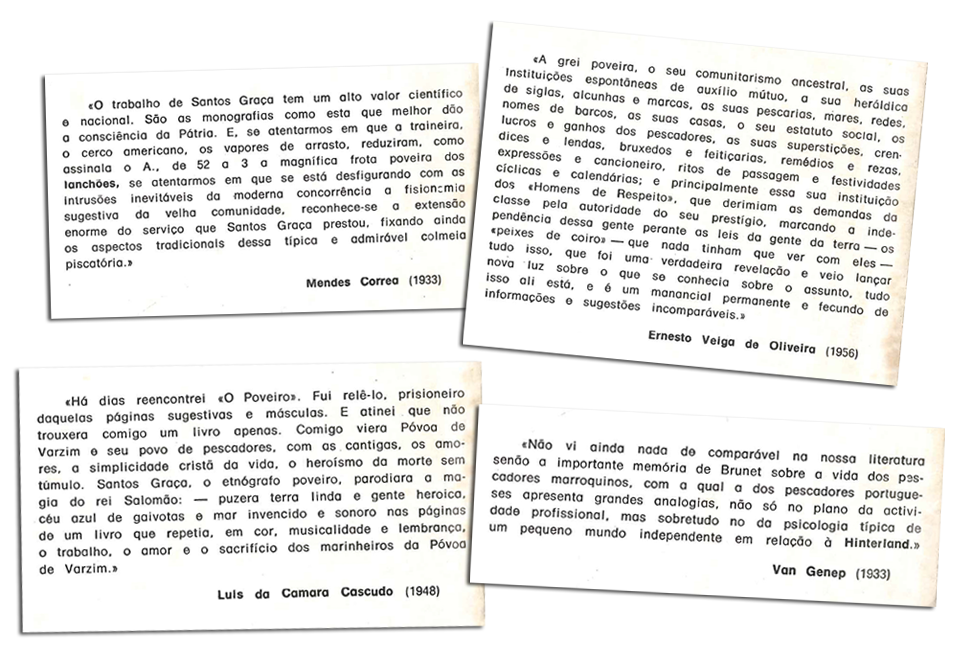